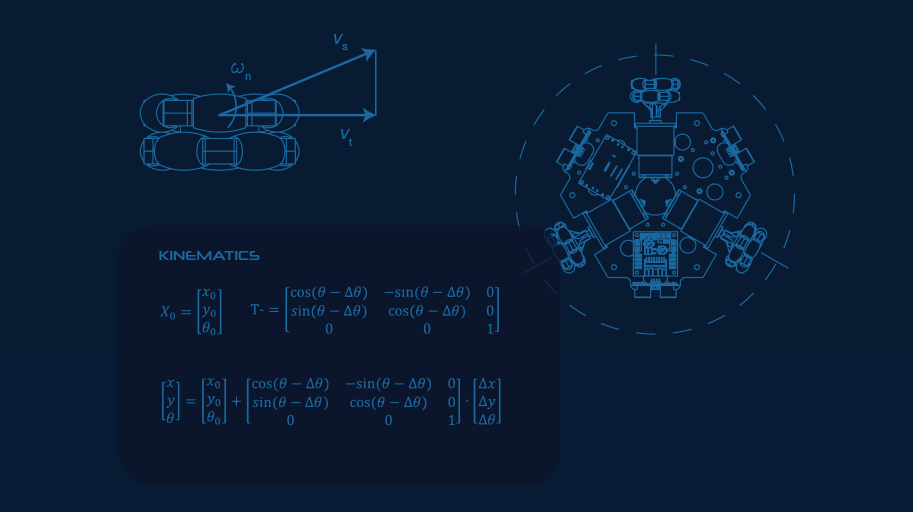 Throughout the years, mobile robotic systems have shown time and time again their irreplaceable role in modern society. Firstly, they were only utilized for research purposes and employed within manufacturing or storage environments. However, nowadays, mobile robots started infiltrating the everyday human environments such as hospitals, hotels, and even personal houses. Vacuum cleaning mobile robot such as Rumba has become a common gadget in numerous households. To better understand how these mobile robots work or to get a new revolutionary idea for their usage, we need to comprehend their basic classification, differences, and specifications.

Secondly, we are going to define types of wheels that can be used to make a mobile robot drive system:

The main difference between these two types of wheels is that the standard wheel allows only rotation forwards/backwards, while omnidirectional wheels allow the movement in the direction perpendicular to the wheel’s body. This way, omnidirectional wheels have increased maneuverability at the expense of increased wear and tear, and lower maximum allowed velocity.

According to these two types of wheels, we can classify three basic mobile robot types (Fig. 3.):

The second type of robot is known as a car-like robot. Their kinematics scheme is defined with two fixed parallel wheels used for propulsion and one or two non-driven wheels used for maneuvering purposes. The additional maneuvering angle β is required to define the state-space of this type of mobile robot. The process of moving the car-like mobile robot from one pose to another is presented in Fig. 4b). Angle β is set to the desired value, and the translation is executed until the mobile robot reaches desired pose.

Finally, mathematical formulation utilized to define mobile robots’ position and orientation after some of the mentioned maneuvers have been performed is given in Fig. 5